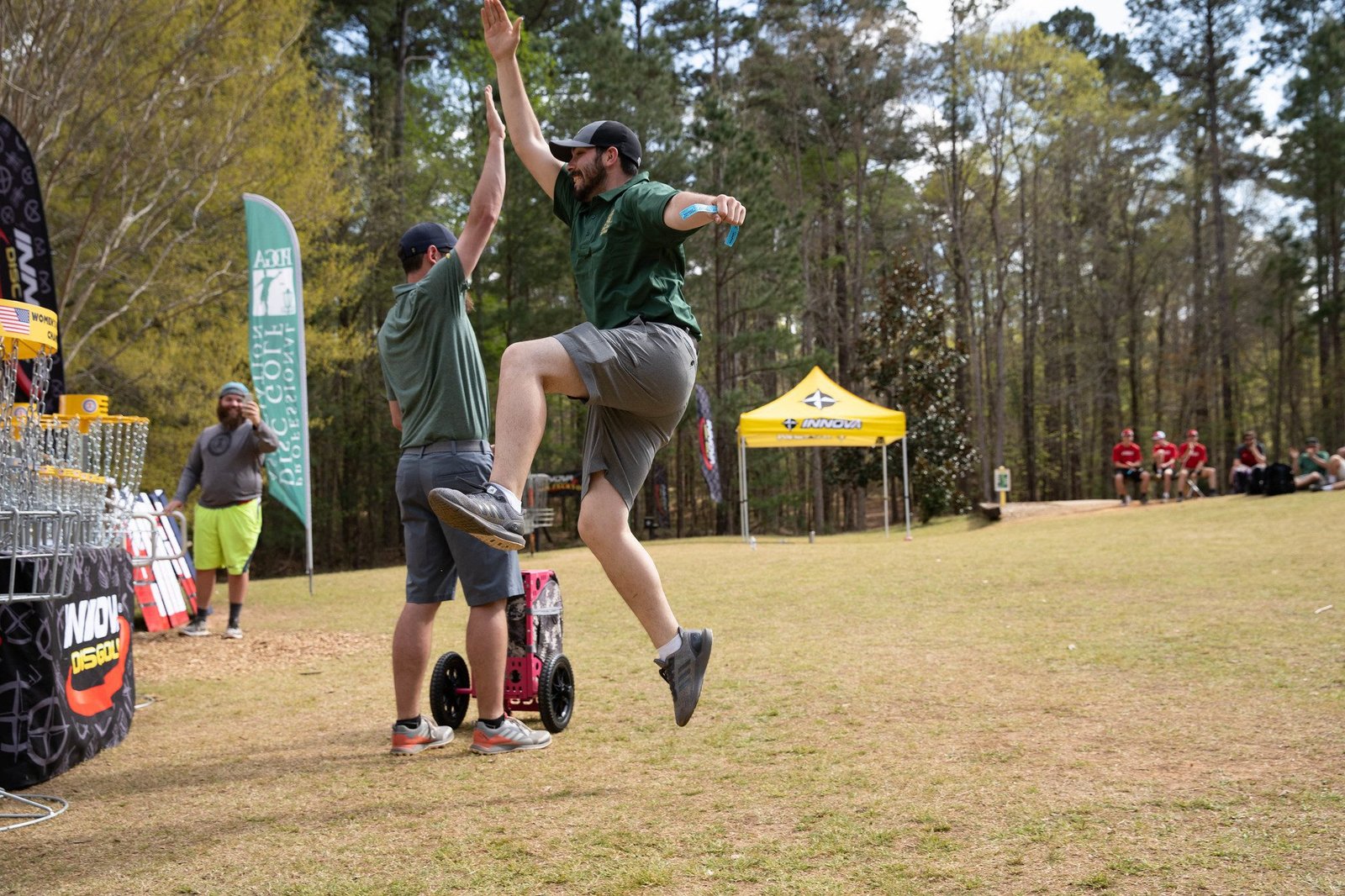 All players participating on a team for the Regional Qualifiers and the National Championship must be listed on the team roster.

All players competing in the National Championship must be current PDGA members in good standing. Players who are not current members must login to their accounts and purchase a membership prior to being rostered. Non-members who do not register by the post-season competition dates will be ineligible to play until they have the appropriate membership.

Eligibility status will be checked by College Disc Golf through the rostering process, in conjunction with information from school registrar offices, as well as using information from the PDGA and team records.
College Disc Golf reserves the right to use additional relevant information, should it become available, in a fair and consistent manner to ensure player and team eligibility standards are met throughout post-season competition.

Player eligibility status may be re-checked at any point prior to, during, or following the post-season. Rosters will be randomly re-verified with school registrar offices following each post-season competition (i.e. conference championships, Regional Qualifiers, and the National Championship).

Failure to abide by any of the above rules may result in ramifications outlined in the guideline sections, Violations and Sanctions.

A valid roster will consist of at least the following number of players and (for the National Championship) their combined PDGA ratings must average to the following caps:

Players that do not have a rating will count as the maximum cap for the flight they will be playing.

Teams registered with fewer than this amount of players at the roster deadline must contact College Disc Golf at info@collegediscgolf.com in order to play in the Regional Qualifiers or the National Championship if additional players are found.

Champion/First/Second Flight – In the event that there are less than 4 players on a flight, in team doubles the individual without a partner will only have one throw per turn.

Women’s Division – Female players will engage in regular doubles play with a partner. However, if there are less than 2 players on a team, the individual without a partner will only have one throw per turn.